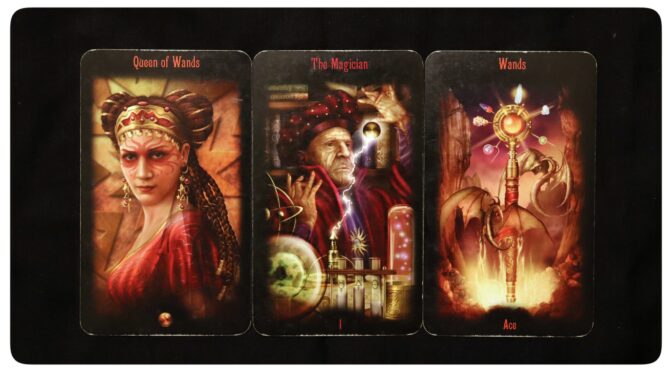 Today’s cards: Queen of Wands, The Magician [I], & Ace of Wands.

It’s one thing if you go off and do the thing because you want to. It’s quite another thing if you were commissioned to do it. The consequences of your actions will be quite volatile so take care to have not only the reactions to your efforts under control but yourself as well. The last thing you need is to become a tool in someone else’s hands.