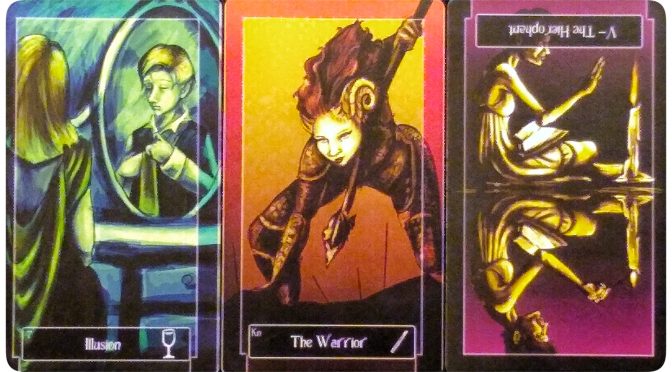 You tell yourself that you are at the top of your game. But you’re not paying attention to which game is being played. Don’t watch the player that is making their moves in plain sight. Watch the player who doesn’t seem to be playing at all and make sure that you are not their pawn to move or sacrifice.

The Sweeney Tarot was designed to read with reversals. Having the expected 78 cards, one could use any system of meanings with it. However Lee Bradford has put deep thought into the meanings of the Sweeney Tarot, making sure it is approachable by all and without occult or religious concerns that would restrict its audience or use. The Sweeney Tarot is ©Lee Bradford.