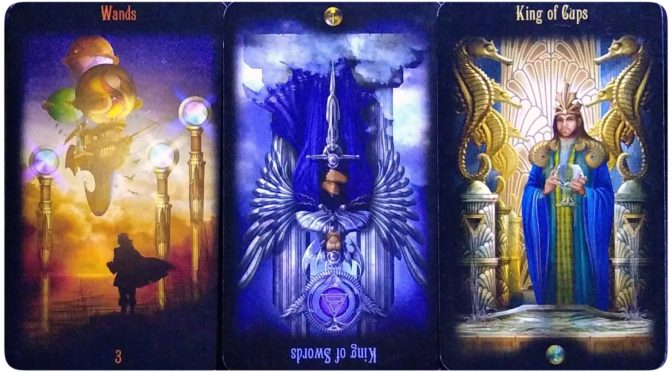 The consequences you were braced for yesterday arrives today. Your choice won’t be judged by the character you were worried about. Instead it will be judged by a character sympathetic to your circumstances. Don’t confuse sympathy for indulgence. You still have to walk out what happened, but at least you won’t do it unfairly.

The Legacy of the Divine is a work of art by Ciro Marchetti. Warm images tell a fantastic story across rural, urban, and fantasy settings. A visually inviting deck, it has hints of esotericism for those that are seeking such things, but those hints do not interfere with those that do not. The Legacy of the Divine is designed by Ciro Marchetti and ©Llewellyn Worldwide.