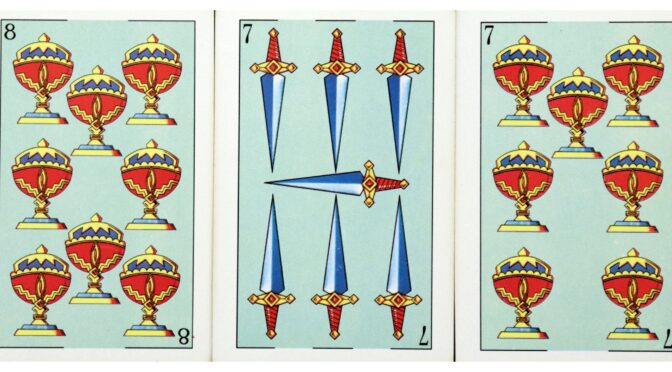 A Baraja Española deck, the “Baraja Azteca – As de Oro” is a 48 card deck of playing cards used for such games as Brisca, Tute, and Mus. This 48-card variant of the deck contains four suits; Oros (Coins), Bastos (Clubs), Espadas (Swords), and Copas (Cups). While the deck is made primarily for play, it functions well as a divination tool. Each reader uses their own personal understanding and intuition to interpret the cards.