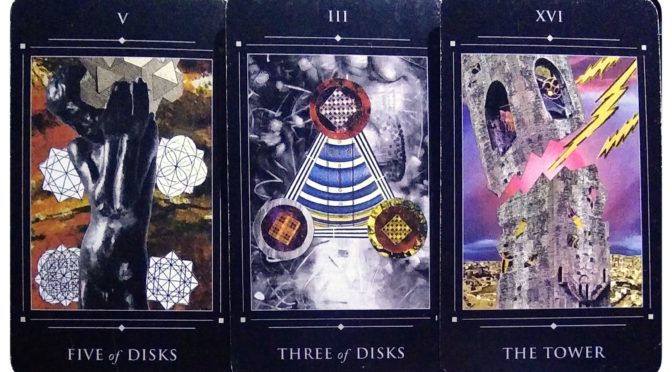 Don’t try to save it. Yes, you see parts that could be salvaged, and yes, you might be able to hold off the collapse for a little while more, but what you need to do is to not attempt to rescue other people from their consequences. Instead prepare yourself for what follows after.

The RM (Red Magician) Tarot is a limited edition deck created by artist Jay LeRoy. Being that it was originally meant to be the artist’s personal tarot, the artwork is a collage-based, subconsciously-driven interpretation of Hermetic and universal symbolism.