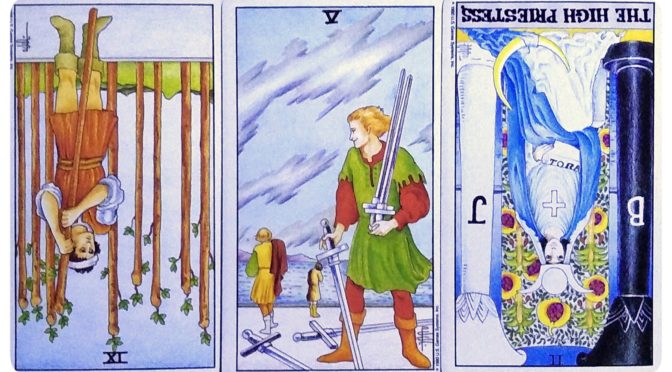 Don’t mistake not being called out for your tactics as justification of your “win”. You may win the pissing contest today, but the prize ain’t shit. What you needed to get from this endeavor will remain hidden from you, even to the point that you won’t know what you’re missing until someone else gets it first.

The Universal Waite is Mary Hanson-Roberts’ recolored rendition of the Waite-Smith deck. Nearly identical lining is softened by gentle coloring. Some faces have been reworked to be more pleasing to the eye. The Universal Waite Tarot is ©US Games Systems, Inc.