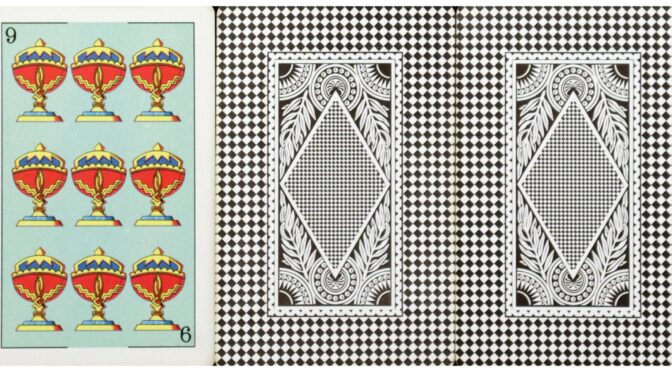 When using the Baraja Española, the card 9 Copas is my designated Stop Card. When the Stop Card is the first card revealed in a reading, it is an indication that the divination should not proceed any further and that the matter should be investigated via alternate means. As such, I have no reading for you today.

You’ll just have to get in trouble on your own.